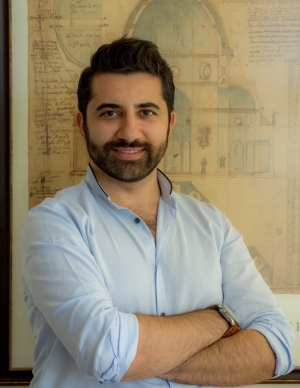 Dr. Ozgur Aslan  is the founder of Computational Science and Engineering Laboratory (CSE-Lab) and currently leading the  Aslan Research Group under CSE-Lab. He received his B.S. in Civil Engineering including a minor degree in Physics from METU and received his M.S. from University of Stuttgart, COMMAS program. In 2006, he joined Samuel Forest's group at MINES Paris Institute of Technology and received his Ph.D. on Computational Mechanics in 2010. Upon receiving his doctoral degree, Dr. Aslan has been awarded with MIT Postdoctoral Fellowship and joined to Lallit Anand's group at Massachusetts Institute of Technology and later on continued his research at Los Alamos National Laboratory as a research scientist until he joins Atilim University in 2013.

Dr. Aslan's primary research interests are focused on multiscale materials modeling and mechanics of generalized continua and computational solid mechanics and his research is founded by various national and international institutions including European Commission, The Scientific and Technological Research Council of Turkey and Undersecreteriat for Defense Industries. Among his membership are American Society of Mechanical Engineers (ASME), Turkish American Scientists and Scholars Association (TASSA) and Groupe Francais de Mecanique des Materiaux (MECAMAT).